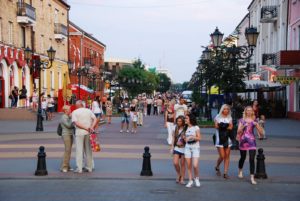 Belarus is situated in the heart of Europe, Belarus has borders with the following countries.

Its the most important transfer route between the Europe and CIS countries.

Minsk is the capital of Belarus and situated in the center of Belarus.

Minsk is one of the most modern city in Europe.

Its population is more than 1.9 Million.

This city has a modern transport network with international airport.It has a wide subway network and also trolley buses,taxis and trams facilitate the people living and touring Belarus from all over the world.

A lot f tourists come every year to visit this green land from almost every country of the world.

Belarus has the 6 main fascinating cities.

People of Belarus are so kind and friendly that anybody who tour once the Belarus never forget his/her tour.

Belorussian and Russian are the widely spoken languages in Belarus.Other languages spoken are the Polish,Ukrainian and Herbew.

Weather in Belarus is also s pleasant and in Summer its normally +18 to +20 but in winter the temperature gets down to -5 to -8 so in both summer and winter the weather conditions are quite pleasant and tolerable.

Orthodox is the main religion of Belarus.There are more than 1000 orthodox churches in Belarus and are fastly increasing in numbers.